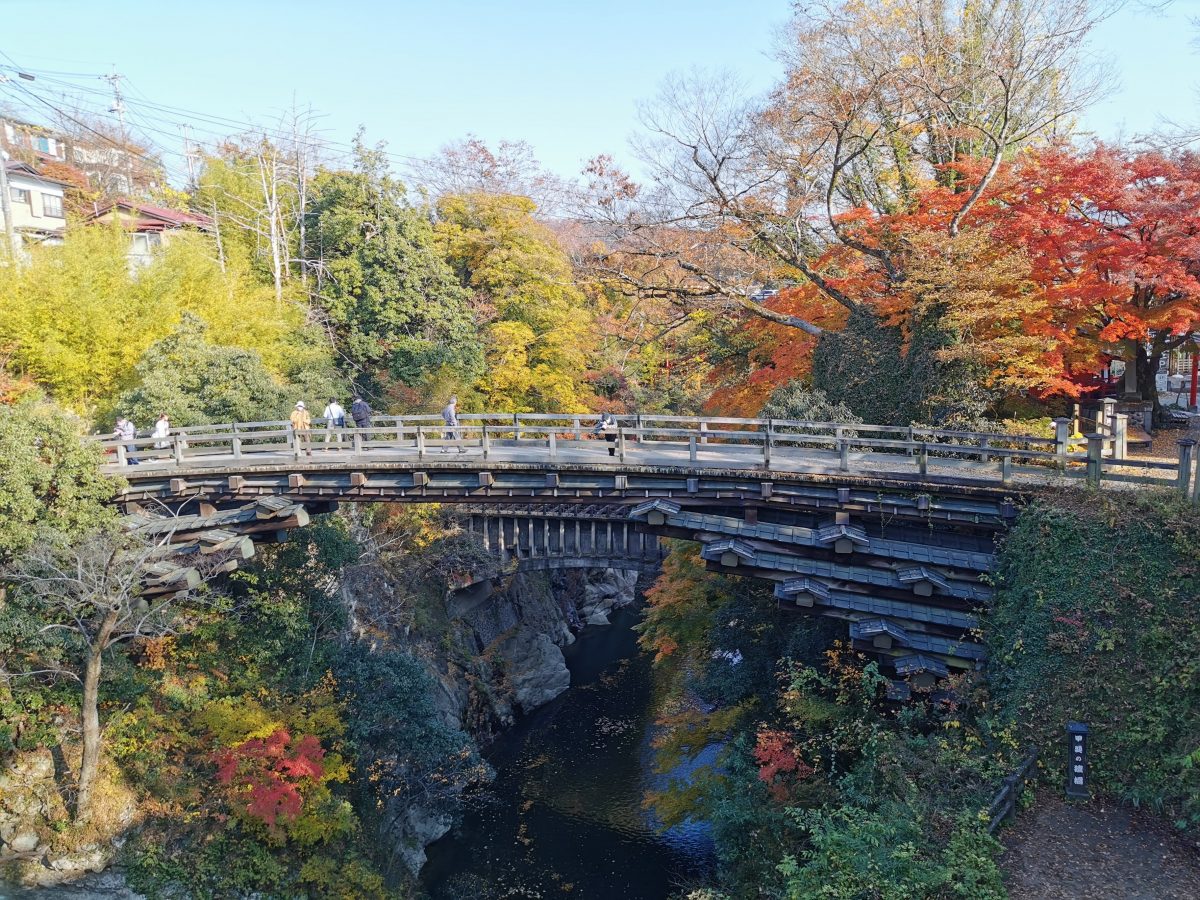 Saruhashi is built without a bridge pier but is supported by cantilevers on the both banks; that’s Saruhashi-bridge’s peculiarity. The root of its structure is obscure. Here is the one legend. In the era of Emperor Suiko-Tenno (about 600), it was very difficult to build a bridge in this area due to the deep valley. Dr. Shirako, a specialist of garden-designing based in Kudara, c ame to solve this difficulty. Many plans were tried and ended in failure. When Shirako was about to give it up, many monkeys crossed the opposite cliff in the way they connected their bodies. It is said the monkeys gave Shirako a key to construct Sar uhashi. The harmonious landscape weaved by Saruhashi-bridge and nature around it is designated as a scenic-beauty spot of Japan, and it inspired Utagawa (Ando) Hiroshige to draw “Koyo Saruhashi no Zu.” Around the bridge, walk-ways are prepared, and you can e njoy the vivid atmosphere of the gorge changing along the season.