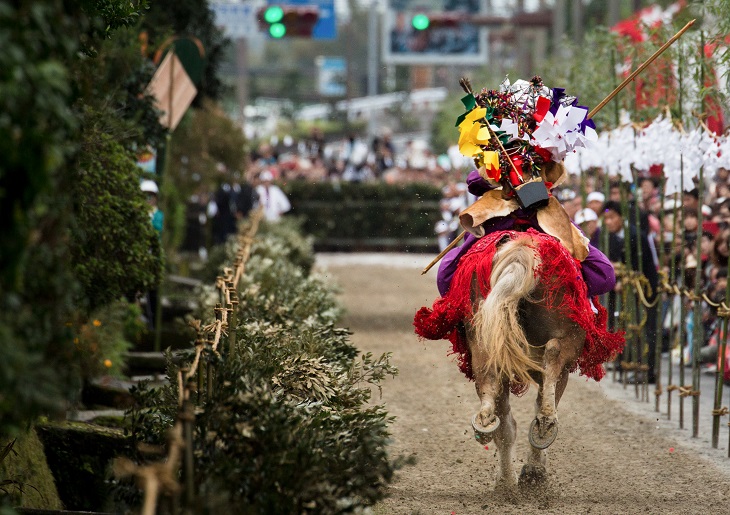 Photo of Kimotsuki Town, located in the southeast of Kagoshima prefecture.

On the third Sunday of October, a cold wind blows throughout the horse-riding grounds of Kimotsuki.

On a road that bears the remains of hedges and stone walls from the bygone era of feudal domains,
an archer clad in kariginu costume (informal clothes worn by Heian nobility) topped with a brilliantly colored ayaigasa (traditional Japanese conical hat) straddles a sacred horse as he sprints down the horse-riding ground.

Thus, a scene out of a 900-year-old picture scroll unfolds to the public.

Among the resounding clang of dashing hoofs, an arrow loaded with prayers for a bountiful harvest and the dispersal of disease is fired from the back of the sacred horse.

The arrow makes a dry rushing sound as it seizes its target.

The only thing left behind in the gallant trails of the archer and his sacred horse is a floating cloud of dust, softly glittering like morning mist. 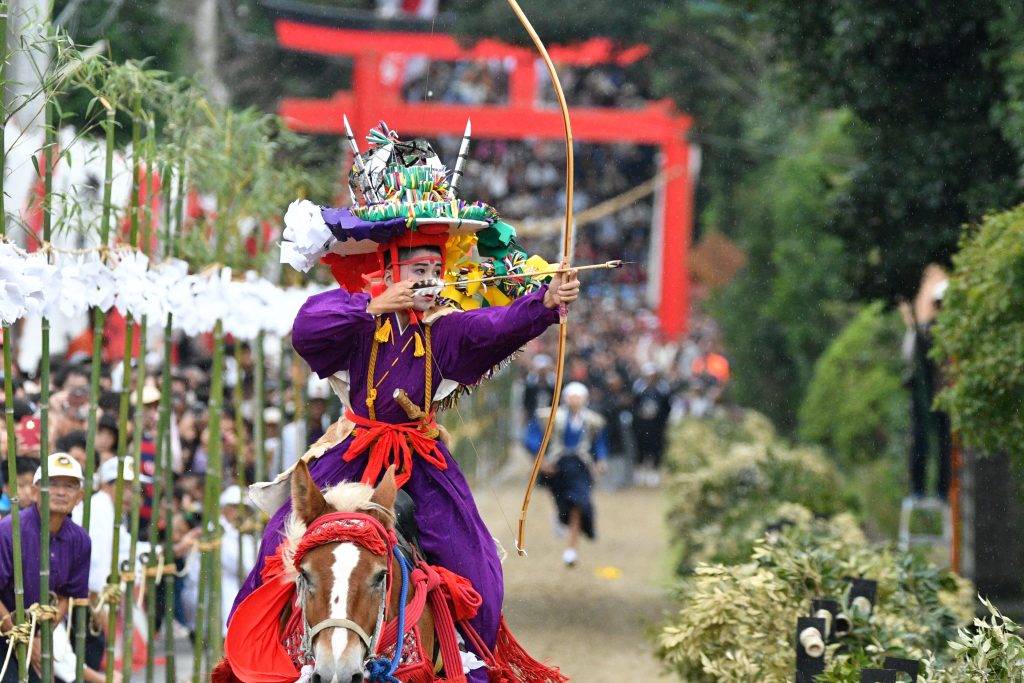 Practice for Yabusame lasts for approximately one month.
Yabusame practice starts with the boy straddling a horse. Then, the boy practices shooting a bow and arrow from the back of the horse.

On the day of the performance along a road reminiscent of a traditional samurai’s residence, a procession of warriors parades alongside the archer and his sacred horse.

The boy receives the trust of the gods in the ceremony of receiving the bow and arrow.

It is after this holy ceremony of receiving the bow and arrow when Yabusame finally begins. 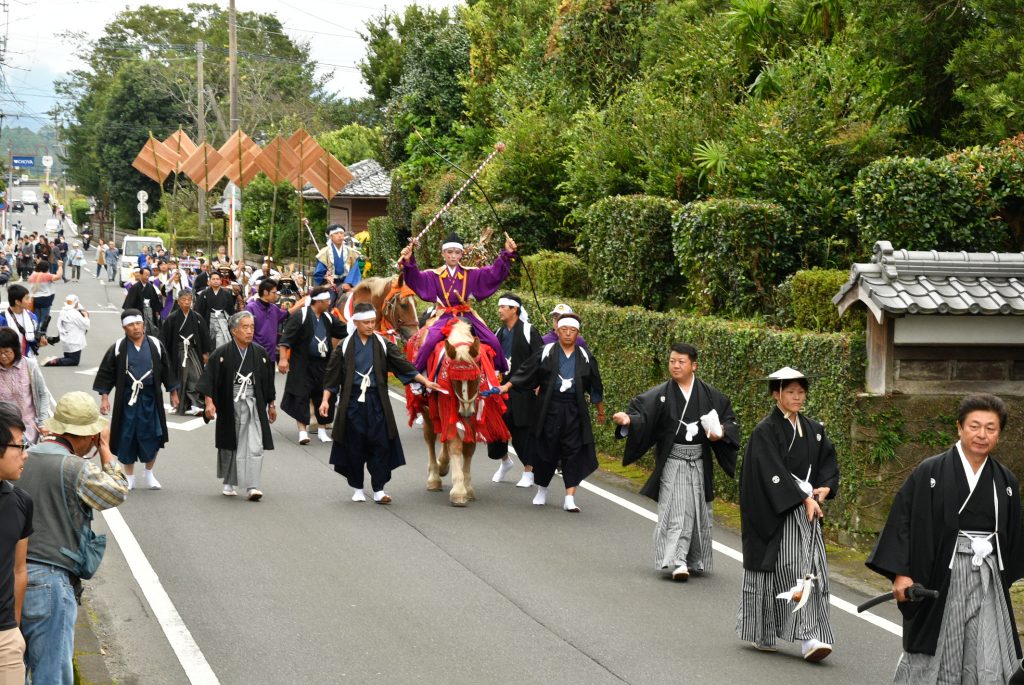 An oral legend says that if the archer hits the target, the upcoming year’s misfortunes will be paid off, so the town’s residents can spend the year in peace.

Yabusame takes place every year. For 2018, it will be held on October 21st.

Even though Kimotsuki Town is a small place, we hope you will come to see the vibrant, invigorating performance that is Yabusame. 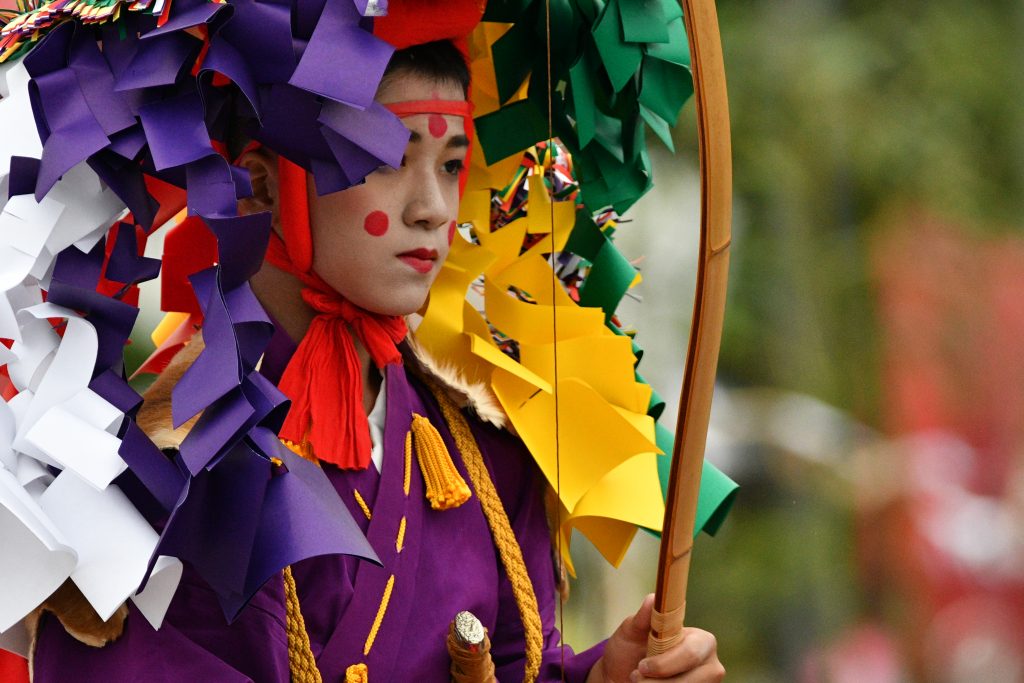