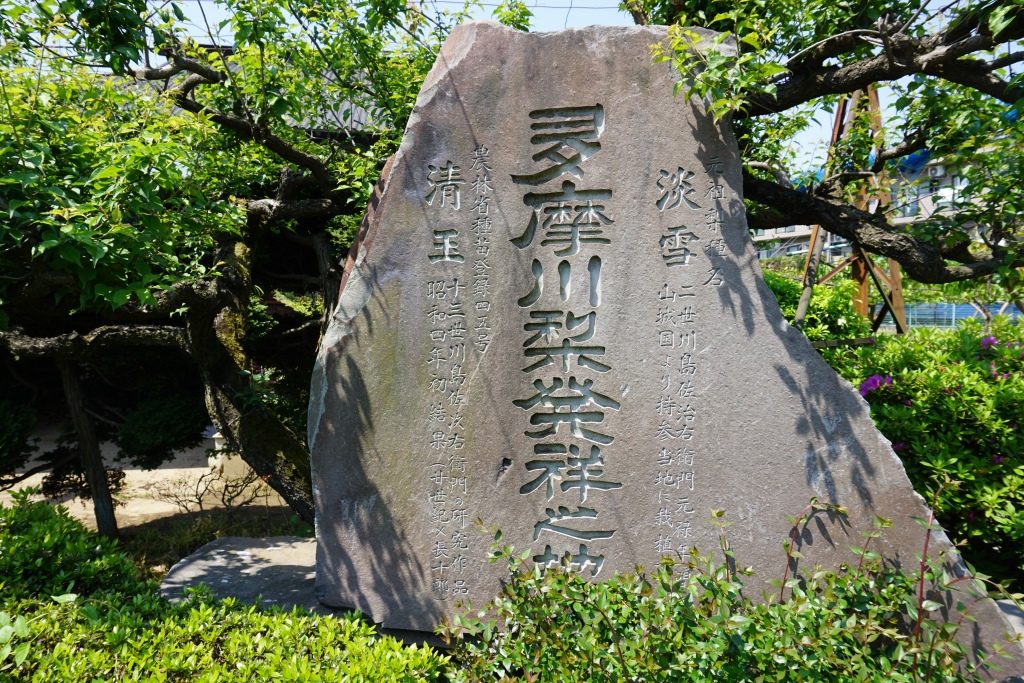 The history of pear making in Inagi city seems back to the Edo period. It is said that in the Genroku era (1688-1704), two of the magistrate of Naganuma village went to Kyoto East-South district officially, they brought the seedlings varieties of “Awayuki” on the way back ,and planted them in the village. Pear making, which started in Naganuma village during the Edo period, gradually expanded cultivation area. The fertile cultivated land which is the floodplain of the Tama River drained well and was suitable for pear making. When entering the Meiji era, pear cultivation became full scale, the movement to make paddy field as a pear field from the middle of the Meiji period accelerated, the cultivation area increased. In 1927, Fruit production Federation Tama was united for the purpose of the technology exchange, shipping and materials, unity of publicity, in order to achieve and expand sales channels, 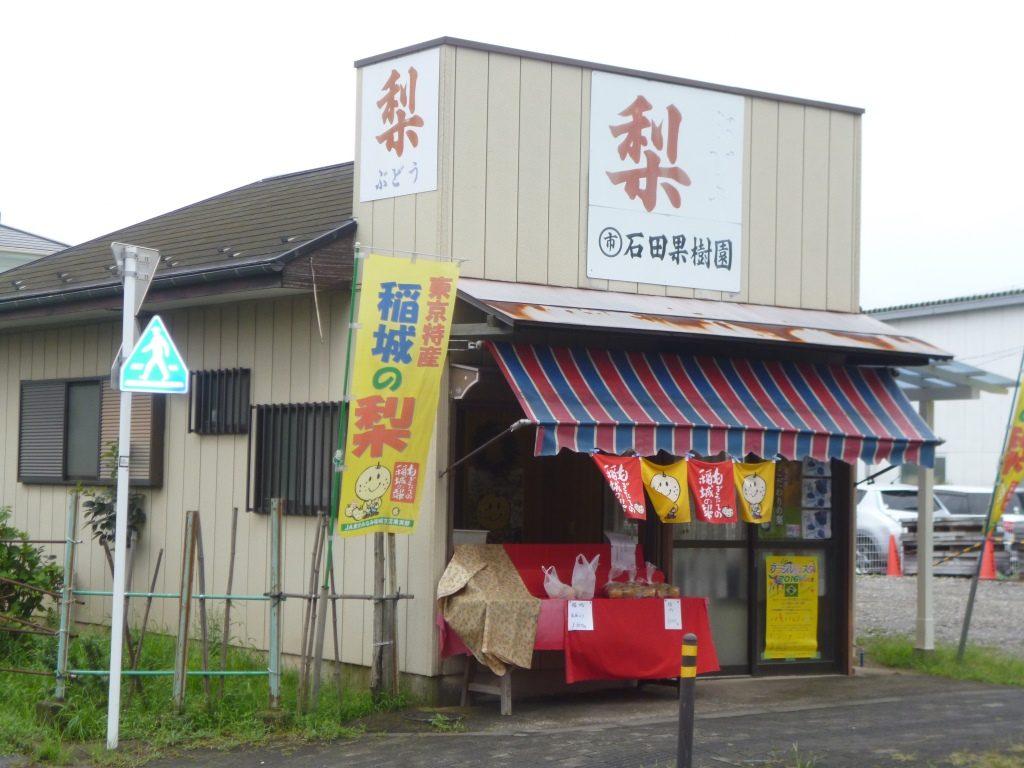 About 1935 the pear cultivation area reached to 100 hectares. This time was the first peak of Inagi’s pear making. From around 1955 the confusion after the war has subsided and the pear making  gradually recovered. In 1960 the Tamagawa Pear Picking Federation was born, and it has been done from joint purchasing of materials and unification of prices to PR. Also, sightseeing buses began to ride in and around 1960, pear field became to tourism, street sales also flourished, and it was the second peak. Since then it has continued to live in modern times as a special product of Inagi City by local delivery and courier sales etc. There are about 20 varieties of pears currently grown in Inagi City. Among them, varieties named “Inagi”, a new breed that was born in Inagi City, is also called “Phantom pear” because its taste is delicious and popular. 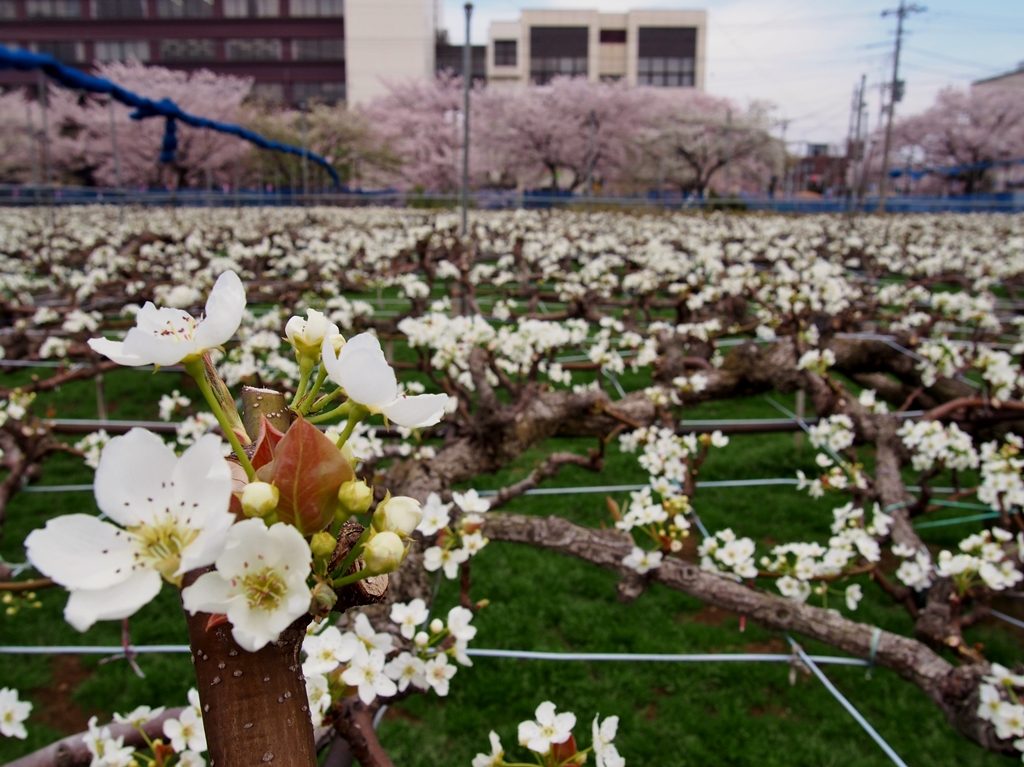 Pear white flowers can bloom in early April, at the season the pear field is like a snowy field from the top. It is pollinated by the flower, and it becomes fruit in the summer. Inagi’s pear has a fresh and crispy taste and so has high appraisal throughout the country, making it a brand-name item. Pears are also processed into candy, cake, juice, wine and so on.

Besides pears, delicious grapes are also furnished as a brand of “Takao grape”, and Inagi City is also called Fruits Land.