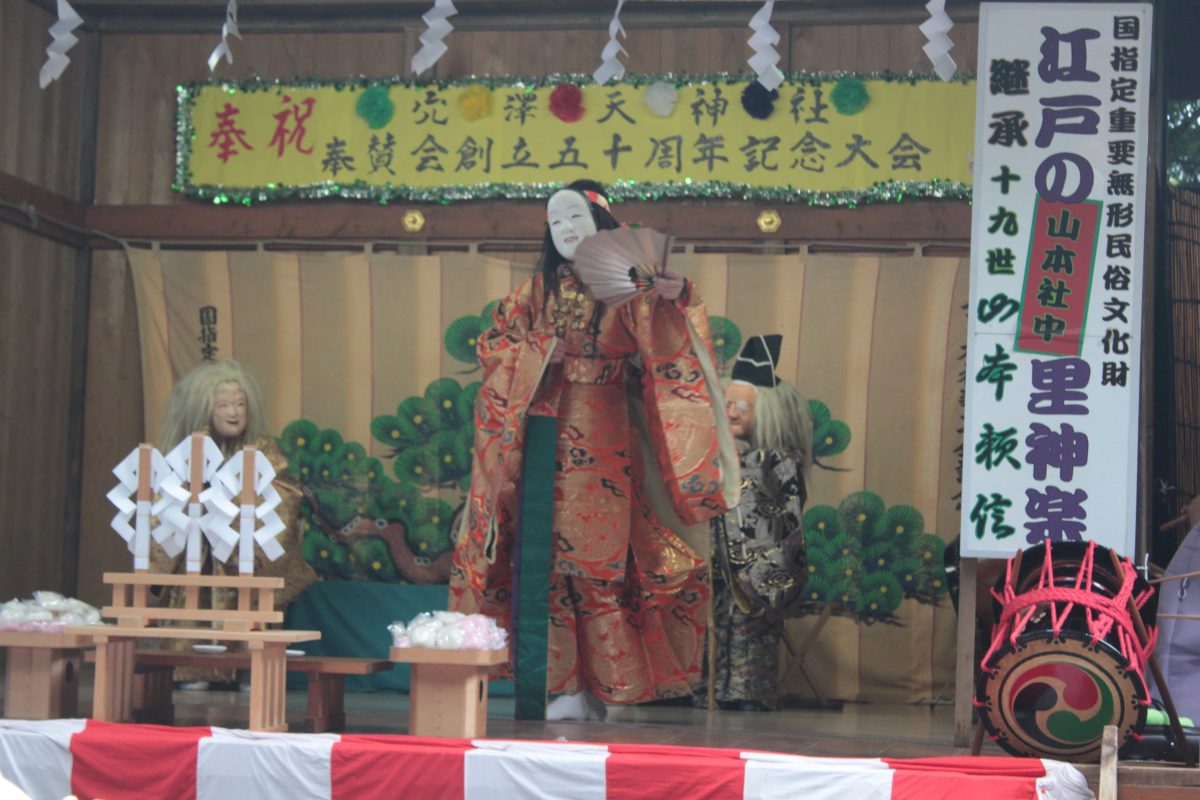 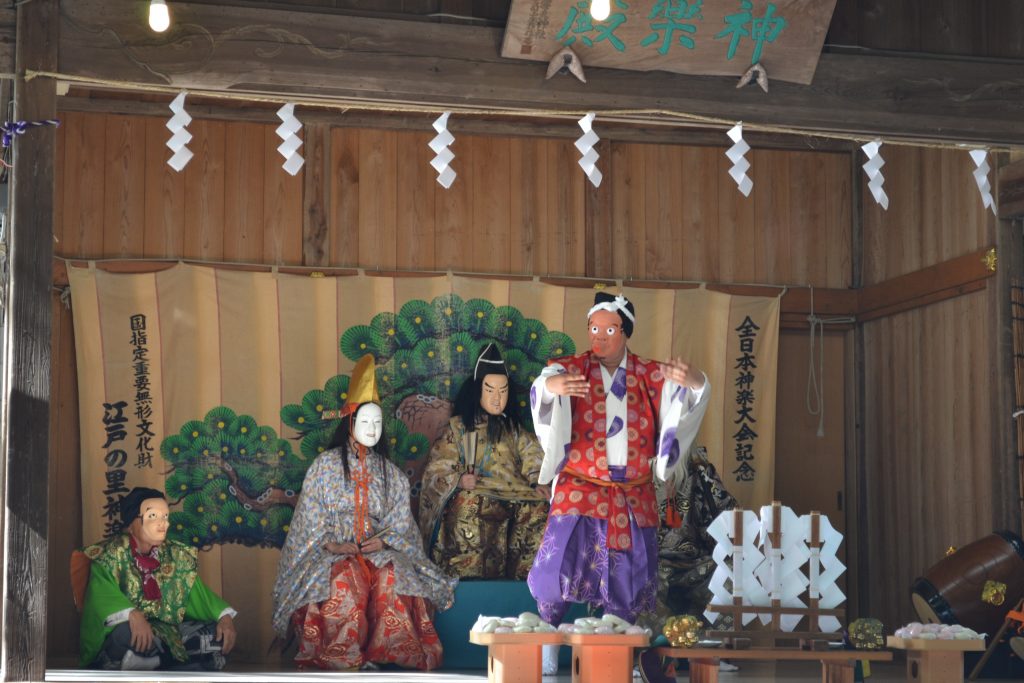 The history of this Kagura is old, it is said that the founder Gon Risshi (one of rank of the Buddhisn monk)Yamamoto Hironobu had originated in the early Muromachi period (1373). Currently it is performed by the 19th Yamamoto Yorinobu troupe, but it is performed not only at Anasawa-Tenjin Shrine but also at Okunitama-jinja shrine in Fuchu City and shrine festivals in the Tama River watershed.

At Anasawa-Tenjinja Shrine , it is performed on Sunday near August 25th every year.

The characteristic of this Kagura performance consists of mainly silent drama with masks, and it is based on the ancient mythical world described in Kojiki(Japan oldest historical record) and Nihon Shoki(the oldest chronicles of Japan).

You can enjoy Edo no Sato-Kagura at Anasawa-Tenjinja Shrine in Inagi City, nearest train station is Yomiuri-Land sta.of Keio Line, around 25minites from shinjuku Sta.