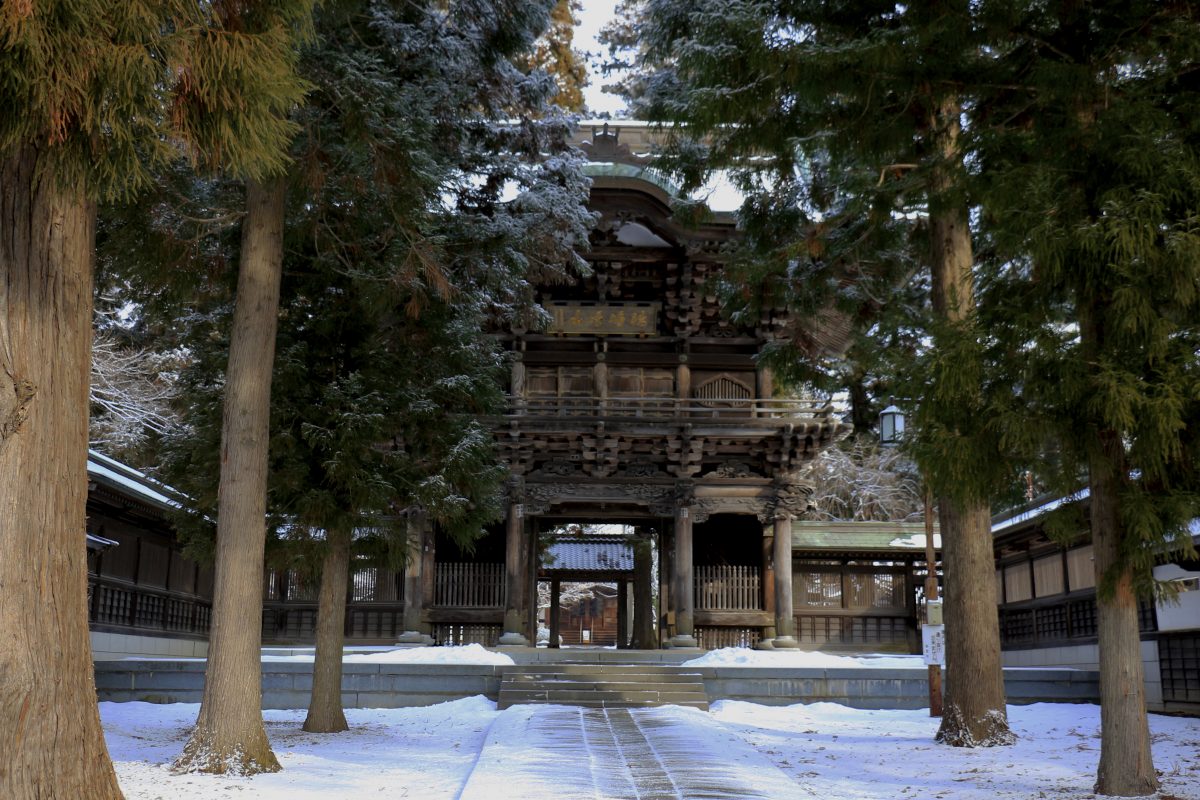 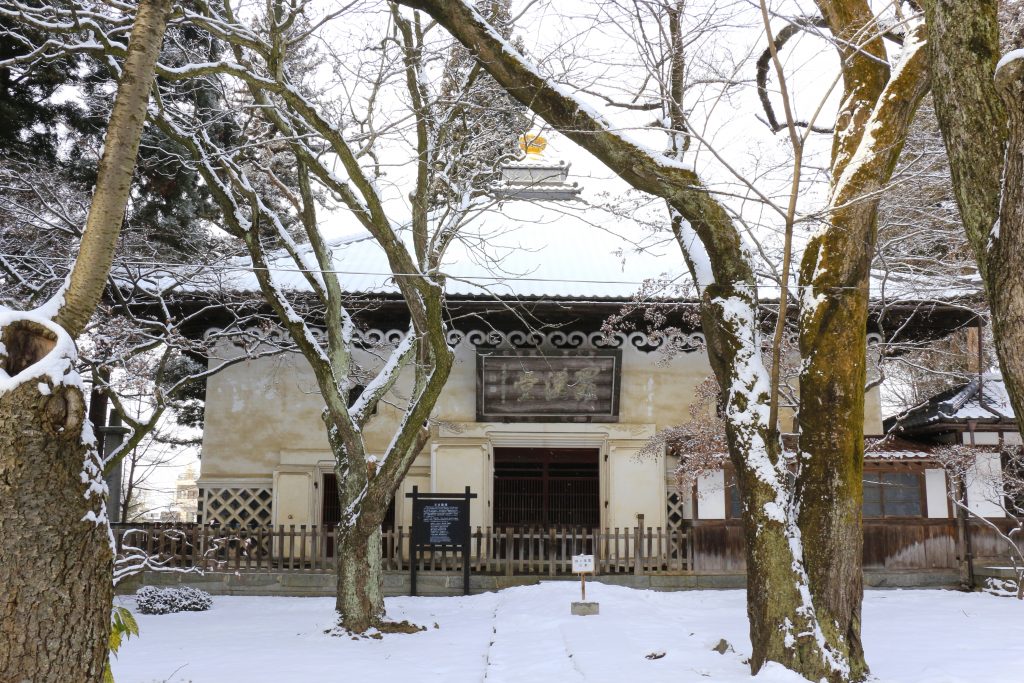 In Morioka, there are areas called “Teramachi,” which literally means “A temple town” where a number of temples are built close to one another. 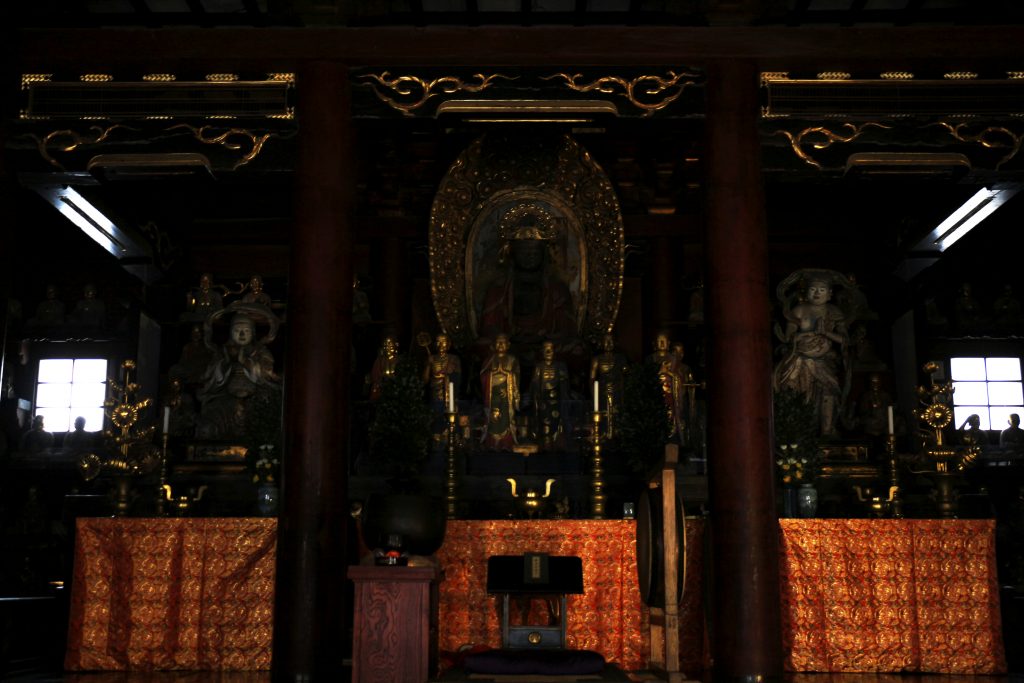 Hoonji Temple, one of the temples in a teramachi, is famous for its Arhat’t Hall where the Great Buddha sits in the center of the hall with 499 Arhat statues surrounding him. The hall is called “Gohyaku-Rakan-Do” in Japanese which simply means “A hall of 500 Arhat statues. 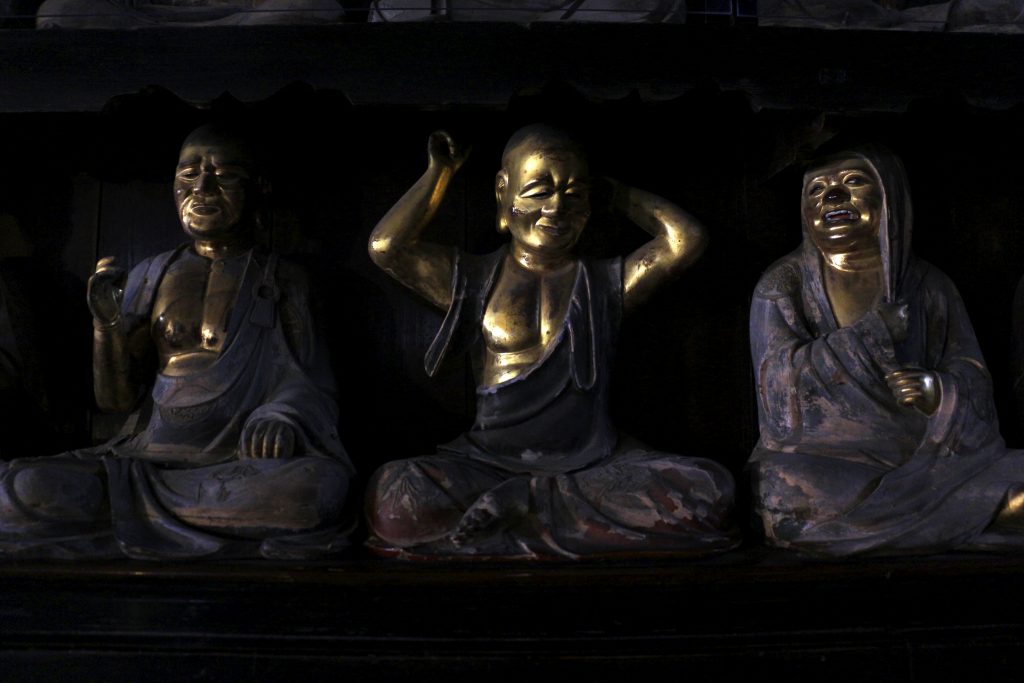 ” You may be wondering why it is called “Gohyaku (500)” Rakan-Do when there are only 499 statues in the hall. Well, there used to be 500 statues. As well as the fact there once was 500 states, the number 500 actually rather suggests “a significant number”. 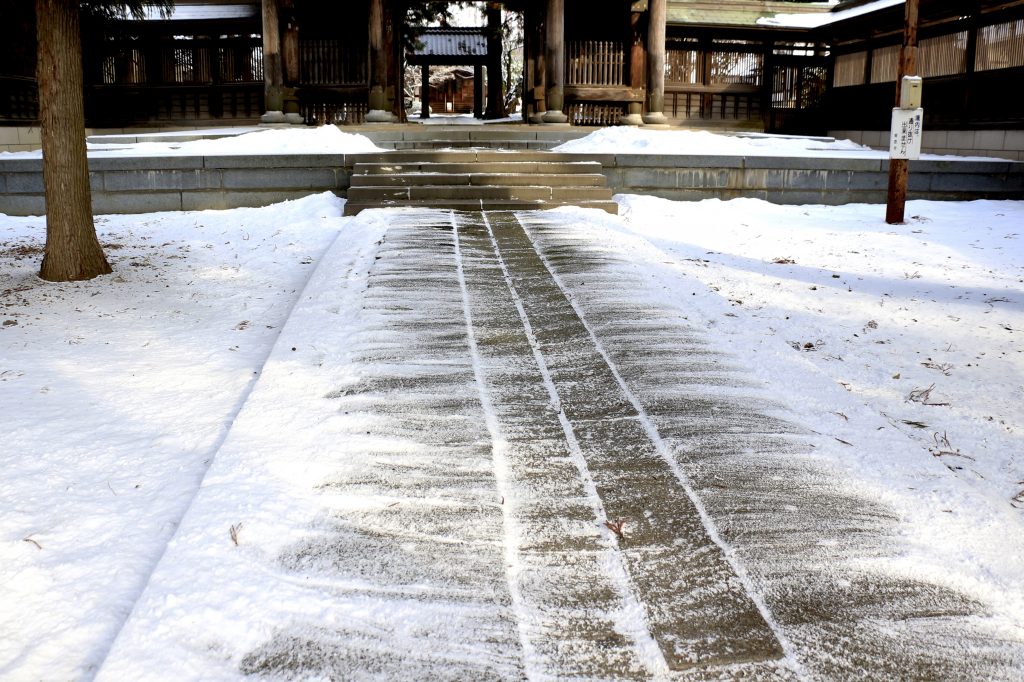 Among the roughly 50 Gohyaku-Rakans across the country, while most of the other temples have Arhat states made of stones, the ones in Hoonji Temple are all made of woods and beautifully lacquered! 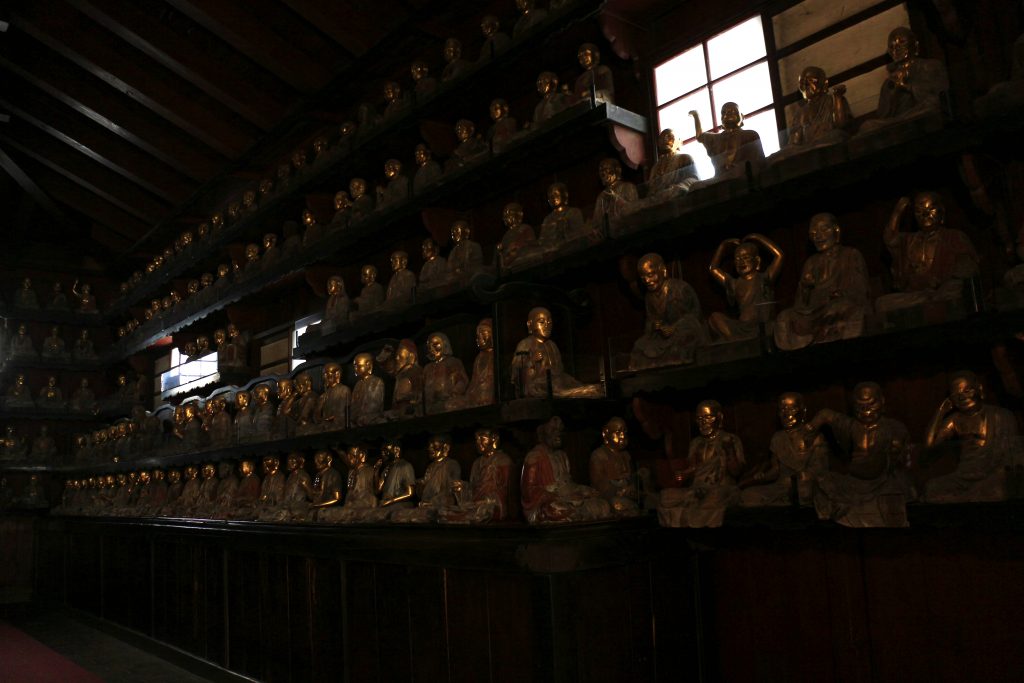 In the Arhat’s Hall surrounded by a calm and quiet atmosphere, it is said that you can find a statue that looks like you. They might look you in the eye while you are looking for the one!

Being taken care of well by the monks, the path to the temple always remains clean even in snow season. You will feel their “Omotenashi,” Japanese warm hospitality
Why don’t you visit Hoonji Temple and find YOUR Arhat Statue?