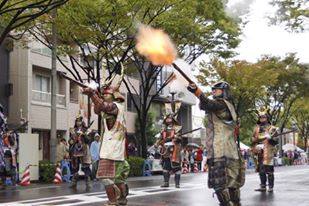 Hinawajyu started at Tanegashima Island in Kagoshima prefecture during the age of Japanese civil wars in the middle of 16 century.

Because of HInawajyu was so succeed and was producing largely, the generals scrambled for the battle. The power of Hinawajyu was caught an attention by the generals. Therefore, General Oda Nobunaga and Date Masamune organized the musket troops to fight the battle.

This became a remarkable the art of war during the age of Japanese civil wars.

In the present Japan, Hinawajyu is forbidden for the people. However, there is a Hinawajyu National Event held in Japan. The players from outside of Japan also use Japanese made Hinawajyu which is still evaluated as high quality.