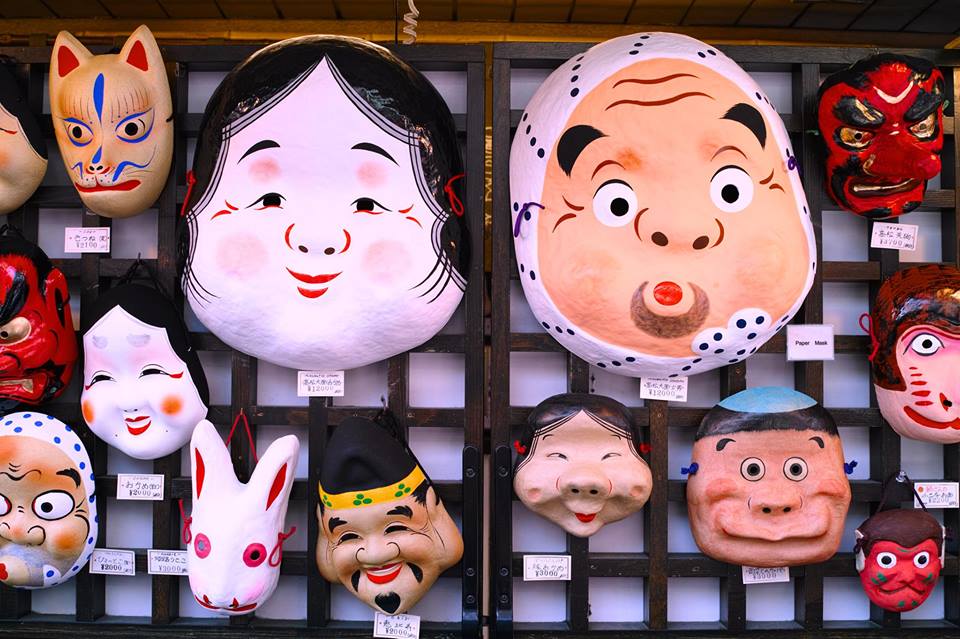 【Omen】
Omen is a type of mask in Japan. The mask has different typps, such as people or animal’s face.
The mask of the plain women, the ugly men, and the long-nosed goblin are the typical masks in Japan.
From the ancient Japan, when it was in the region festival, people who was acting the role of gods, it became a custom to wear omen.
In Japanese traditional plays, No and Gigaku, have a tradition that people who plays gods will wear the omen. It becomes a belief in Japan.
Now, when the festival comes, people sell different kinds of omen which are made into popular characters for children.